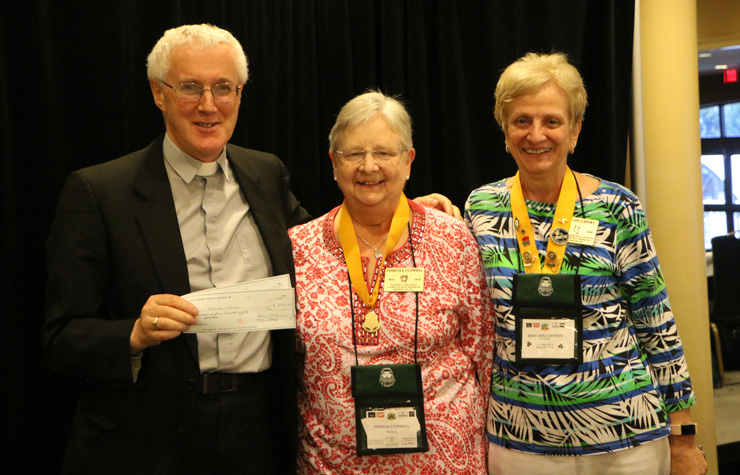 NOTE: THERE IS NO YEAR-END REPORT FOR MISSIONS & CHARITIES

The Donation Report Form must be completed and sent with every donation check, payable to LAOH Inc, (for Columban Fathers, Columban Sisters, Mass Card/Enrollment Stipends, Appeals for Aid) to the LAOH National Missions and Charities Officer. (The pink, white or green card form ONLY is sent directly to the Columban Fathers at the address on the form for each Mass Card/Enrollment.) NOTE: EFFECTIVE 1/1/2017, THE MINIMUM DONATION FOR A MASS CARD IS $10.

2018-2020 Columban Sisters Acknowledgement Donation Form
To be completed and given to the person or family of person being honored or memorialized when it is strictly a donation being made.

2018 Missions & Charities Donation Acknowledgement Form
To be completed and given to the person or family of person being honored or memorialized when it is strictly a donation being made.

We have had a long and sustaining relationship with the Columban Fathers and more recently the Columban Sisters as our National Charities.

I encourage you to check out the websites for our National Charities and to share the information at your meetings.

The Missionary Society of St. Columban (also known as the Columban Fathers) was founded by Fr. Edward Galvin of Ireland in 1918 to proclaim and witness to the Good News of Jesus Christ.  Today, the Society is comprised of nearly 700 Columban missionaries, including priests, seminarians and lay missionaries.

During the 2008 year, the Columban Fathers celebrated their 90th Anniversary.  Pope Benedict XV approved the Missionary Society of St. Columban in 1918.  The Columban Fathers are presently serving in 14 countries,  Australia, Britain, Chile, China, Fiji, Ireland, Japan, Korea, Pakistan, Peru, Philippines, Taiwan, and the United States.  These missionaries continue to direct their focus on matters of justice, peace, environment, world international debt and authentic enculturation of the gospel to world culture and religion.

The Mission Statement of the Columban Fathers is – “The demands of the Gospel call us to stand with the poor.  The suffering of the downtrodden become our cross too.  That is the work of the Missionary Society of St Columban in the United States and around the world.  We cross boundaries of country, language and culture to establish the Catholic Church among people who have never heard the Gospel.  We help churches mature until they are able to evangelize their own people.  We promote dialogue between Christians and those of other religious faiths.”

The pink, white or green card form only is sent directly to the Columban Fathers at the address on the form for each Mass Card/Enrollment.

You may also subscribe to the Columban Magazine by ordering on-line or by calling the Columban Offices at the above toll free number.  The subscription fee is $10.  I would recommend that every Division, County and State order a subscription for their Missions and Charities Officer.  She may then share information with the members at each meeting.

In the United States the Sisters ministry is in California (Alhambra), Massachusetts (Boston, Brighton, West Roxbury) and in New York (Silver Creek).

The Mission Statement of the Columban Sisters is – “The Columban Sisters are a congregation of missionary religious women whose commitment to God leads them to cross boundaries of culture, language, and belief to proclaim the Good News of Jesus in today’s world.”

APPEALS FOR AID (SEE FORMS AT THE TOP OF THIS PAGE)

The applications for Appeals for Aid will not be mailed out to the State M&C Officers until early 2018 for the next National Convention.  This time frame will allow enough time to get the applications to the Divisions.

FORMS TO BE USED WHEN MAKING CONTRIBUTIONS TO THE NATIONAL CHARITIES

Above and below there are Acknowledgement Forms for donations made to the Columban Fathers, Columban Sisters or Appeals for Aid, if you are making a donation in memory of someone or in honor of someone when a Mass Card is not used.  The acknowledgement form is to be sent to the person you want to inform him/her of the donation.  Again, remember your completed National Missions and Charities Report Form and check, payable to LAOH Inc., must be forwarded as stated on the form to the LAOH National Missions and Charities Officer. Copies of the form and check should be retained by your Division, County and/or State.

Columban Sisters Article click the link to read the article 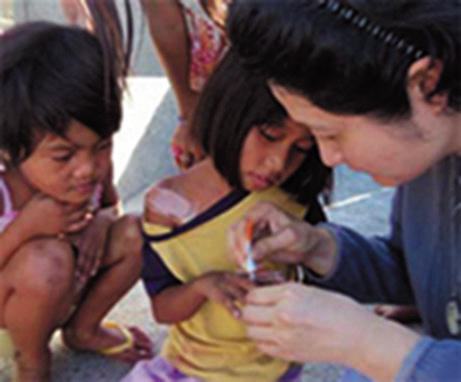